Virtually the entire world is now aware that the global climate is changing. Sea levels are rising, glaciers and ice sheets are retreating, water and air temperatures are fluctuating from historic norms, and weather systems have become more severe. The impact this may have on human civilization is a subject of much contention, but it is clear already that the ecology of the planet is under serious stress. Such phenomena as the disappearance of amphibian species, the bleaching of tropical corals, changes in patterns of animal migration and earlier plant flowering may be warnings of ever more serious changes ahead.

Global use of Fossil Fuels
The mechanics of this change are complex, but the unprecedented release of carbon dioxide from fossil fuels burned in the ongoing industrialization of our world is without doubt the primary culprit. Ancient deposits of coal, petroleum and natural gas have effectively stored excess carbon deep in the earth for hundreds of millions of years. A balance of supply and consumption of available carbon has been the very lifeblood of the biosphere, no place more so than in the once vast tropical forests, sometimes described as “the lungs of the planet.”

Cycle of Carbon Renewal
Animal respiration, natural decay and other processes oxidize carbon, releasing it into the air in the form of methane and carbon dioxide gas. Plant respiration and growth traps carbon in the plant structure and returns oxygen to the atmosphere. This cycle of carbon renewal has been badly disrupted by human activity. Just as we are burning these carbon-based fossil fuels at an ever-accelerating pace, so too have we been rapidly destroying our forests. The excess carbon dioxide remains in the atmosphere acting like the glass in a greenhouse and changing the solar energy balance of our planetary home. 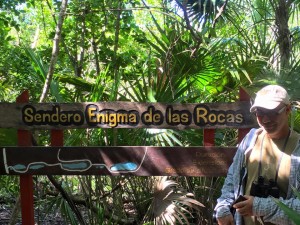 Sequester CO2
Reduction of carbon emissions is the obvious strategy, but human civilization has become dependent on abundant energy derived mainly from fossil fuels. While we struggle with the technological and political challenges of reducing the use of fossil fuels, it would be foolish not to do what we can on the other side of the equation—increasing the Earth’s carbon-storing capacity through protection and expansion of existing forests, especially in the tropics where deforestation has contributed approximately 22 percent of all human-generated carbon dioxide emissions over the last 20 years by releasing the stored carbon into the atmosphere.

Time is of the Essence
The complex problem of global climate change demands a multifaceted response. No single strategy is a “magic bullet.” Only through many efforts, both large and small, can we hope to have an impact on this tremendous threat to life on the planet as we know it. But time is of the essence, and all such mitigations must be undertaken immediately before the problem worsens. Clearly, reduction of emissions must come through greater efficiencies in the power, construction and transportation sectors of the global economy, for which there are many sound existing technologies with promising prospects for future breakthroughs. But the transformation of the global economy required to adopt these strategies will require significant political will, major economic incentives, and time. Similarly, reinvigorating the planet’s forests to absorb more carbon dioxide will take time, as trees do not grow overnight. However, reducing—or even eliminating—the carbon emissions produced by deforestation would have immediate impact.

Kyoto’s Flaw
The United Nations Framework Convention on Climate Change (UNFCCC), now enshrined as the Kyoto Protocol, is an attempt by the world’s governments to roll back greenhouse gas emissions by member nations to 1990 levels as a first start. The authors of the Kyoto Protocol set detailed rules for its implementation. Under the Land-use, Land-use Change and Forestry (LULUCF) provision, a “cap and trade system” was adopted, similar to (and inspired by) the immensely successful US Pollution Credit Trading Scheme. Under this system, ratifying countries set a “cap” on emissions then provide for industry to buy or sell surplus credits under the Clean Development Mechanism (CDM) protocols. This system allowed countries or entities actively reforesting land (or even just allowing cleared or damaged land to reforest itself) to sell “carbon emission trading credits” for the carbon thus removed from the atmosphere. In other words, the Kyoto Protocol specifically excluded standing forests from carbon credit trading thus in effect punishing those nations who have worked to protect tropical forests from deforestation and perversely, potentially incentivizing deforestation. 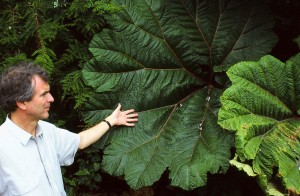 22% of All Human Generated Carbon Emission is From Deforestation
The absurdity of this omission has become apparent since it is now accepted that 22 percent of all carbon dioxide emissions over the last 20 years have resulted from deforestation world-wide as the sequestered carbon dioxide is released into the atmosphere. Fortunately, a correction to this fundamental flaw is being negotiated pending ratification by the world’s governments. This revision would acknowledge the vital role that standing forests, especially tropical forests, play in both reducing and absorbing carbon dioxide emissions. And it would reward countries that have been vigilant in protecting their natural forestry resources by allowing them to benefit from the carbon emissions trading system. As further incentive, preservation of existing forests provides additional “environmental services,” such as flood and erosion control, watershed protection, preservation of scenic beauty, and, perhaps most valuable of all—the preservation of biodiversity that is the legacy of a billion years of evolution. Though perhaps not as easily quantified in monetary terms as carbon sequestration, there is no denying the immense value of these forest resources when left in place. Nowhere is this more so than in the tropics, home to more than three-quarters of the planet’s species and many of its human inhabitants as well.