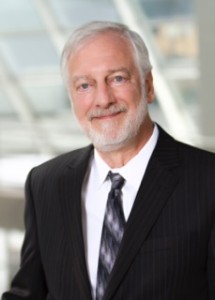 Robert D. Newman assumed office as the sixth president and director of the National Humanities Center on July 1, 2015. He was previously Dean of the College of Humanities at the University of Utah where he also served as Associate Vice President for Interdisciplinary Studies, Special Advisor to the Senior Vice President for Academic Affairs, and Professor of English. He also has held faculty appointments at the University of South Carolina, where he was Chair of the Department of English, Texas A&M University, and the College of William and Mary.

Dr. Newman’s scholarship has focused on twentieth-century literature and culture and narrative theory. He has published six books, two of which have been nominated for major national awards, along with numerous articles, reviews, and poems; and has received awards not only for his scholarship but for his institutional leadership and teaching. He also serves as General Editor of the “Cultural Frames, Framing Culture” series published by University of Virginia Press.

Since assuming leadership of the National Humanities Center, Dr. Newman’s work has been dedicated to broadening the Center’s scholarly mission, its educational outreach, and on public engagement and national advocacy for the humanities.