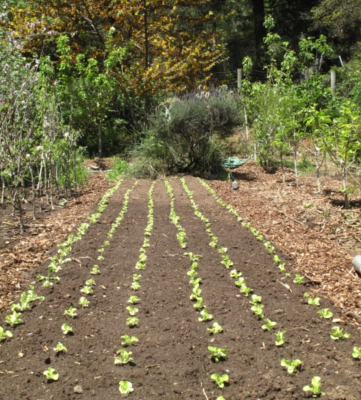 Colombia is a complex and beautiful nation. It is a nation that is as diverse biologically, as it is ethnically. For instance, according to some estimates, 78 indigenous languages are spoken in the nation. And the ecosystems of the country are just as varied, along the central portion of the nation high alpine habitats rest atop the Andes, to the east lye tropical expansive grasslands, to the south resides the northern stretches of the famed Amazon rainforest, and along the nation’s caribbean and pacific coastlines a rich array of oceanic and terrestrial life can be found. Outside of its ecological and cultural distinctness, Colombia also finds itself in a unique sociapolitical context: As of August 23rd 2017, the Colombian government and the Revolutionary Armed Forces of Colombia (FARC) put down their arms and came to a peace agreement. The agreement ended a 52 year civil war that claimed roughly 220,000 lives. Colombia is now transitioning away from armed conflict, and is now in the process of attempting to heal the deep wounds of war. The aforementioned information is a rudimentary description of the politicalecology in which our project is attempting to take place.

The following is a basic description of the nonprofit’s missions: Charity Seeds, a U.S. based nonprofit, works to provide biointensive gardens for individuals lacking access to culturally appropriate and life-providing foods. In particular, Charity Seeds believes that working with the youth of the Global South is an effective measure for ameliorating global hunger. The HCF, a Colombia based non-profit, seeks to integrate individuals back into society who have experienced varying forms of trauma, including but not limited to the effects of the recent civil war. To achieve their goal, the HCF utilizes a number of therapeutic measures, such as meditation, equestrian interaction, and education. Yet, according to the director of the foundation, Father Gabriel, it is love that is the absolute guiding philosophy of the organization. Pax Natura is an internationally renowned foundation that has worked primarily with conserving rainforests in Costa Rica; however, they have also worked recently with raising awareness around issues with transgenic agriculture and indigenous rights in the United States.

The three aforesaid non-profits will be providing varied forms of support in order to aid in the creation of the vegetable and flower garden. In particular, Charity Seeds will provide the international connections necessary to begin the project, while also supplying a network for publicizing the project. Pax Natura is providing the bulk of funding for the garden, while the HCF will play a more direct role and will supply a variety aid, such as:

With the help of the above non-profits, the garden will provide a number of benefits for the community of individuals, particularly the youth, of the HCF. It is our intention to develop a vegetable and flower garden that provides both psychological and nutritional benefits. (Gardening as a therapy has a clinical basis for aiding in augmented mental health for such ailments as depression, psychosis, and etc. as shown by Clatworthy et al., 2013.) According to Father Gabriel, the founder of HCF, the proposed garden project will be utilized in an effort to aid in the healing process of involved individuals by incorporating the act of gardening into the therapeutic curriculum.

In an effort to promote holistic health, the garden will be constructed using agroecological methodologies. In particular, hand-scale technologies, soil regeneration techniques, and organic heirloom seed will form the basis of the garden’s ethos. (Having worked and lived in Latin America, we have encountered difficulties when attempting to ascertain heirloom seed varieties. Thus, we will be reaching out to Seed Libraries and Organic Seed Companies for donations of seeds before our shovels hit the dirt.) After creating the garden and a structure for seedling growth and germination, we will be developing a Spanish-language manual for how to continue to maintain the garden. The manual will cover a wide-breadth of topics, such as compost creation, proper cultivation techniques, pest prevention measures, seed saving, and etc. Additionally, Charity Seeds is working to derive funding for a full-time position at the HCF’ proposed garden, in an effort to reinforce the garden’s long-term sustainability. Moises Lopez is a potential candidate for the HCF’s proposed garden facilitator.

Before, during, and after the construction of the garden a detailed blog (the thing you are reading now!) will be written. The purpose of the blog is to publicize the work that Charity Seeds, The HCF, and Pax Natura are doing. Additionally, the blog seeks to highlight the importance of gardening, food sovereignty, agorecolgocial/bio-intensive farming practices, and the benefits that gardening holds for all of humanity.

The soil will be broken once Moises Lopez and Stephen Tolpinrud are on site, which will be the 15th of November. The project is funded for 2 months, thus all physical work shall be completed by the 15th of January.