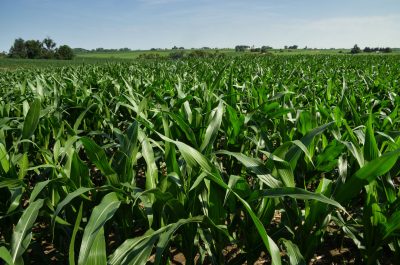 The Mexican Academy of Sciences has confirmed the factual soundness of a book that makes the case that GMOs entail abnormal, and unreasonable, risks. That book is Steven Druker’s Altered Genes, Twisted Truth: How the Venture to Genetically Engineer Our Food Has Subverted Science, Corrupted Government, and Systematically Deceived the Public, which Jane Goodall’s foreword hails as “one of the most important books of the last 50 years.”

The Academy’s confirmation occurred in an unusual manner: it attacked the book and then was unable to substantiate its defamatory allegations when Druker challenged it do so, even though the head of the Biotechnology Committee and his colleagues scrutinized the book for errors.

In one of the landmark events in the history of biotechnology, the Mexican Academy of Sciences has established the strength of the argument that GMOs are unacceptably risky. It has also demonstrated how the claims about GMO safety are crucially dependent on misinformation. Moreover, it has exposed the astonishing degree to which, like many other scientific institutions, it is more dedicated to protecting the image of GMOs than to upholding basic standards of science and protecting public health.

Although the Academy never intended to produce such remarkable results, its Biotechnology Committee unwittingly did so by trying to discredit a book I wrote titled Altered Genes, Twisted Truth: How the Venture to Genetically Engineer Our Food Has Subverted Science, Corrupted Government, and Systematically Deceived the Public. It makes the case that GMOs entail abnormal, and unreasonable, risks; and the Committee attacked it in their book Transgénicos: Grandes Beneficios, Ausencia de Daños y Mitos — which claims GMOs are completely safe.

But, not only was the attack baseless, it backfired, discrediting the Committee’s book instead.

The unjustness of the attack was rooted in the Committee members’ arrogant decision to disparage my book without even having read it. Or so it seems, because they made several assertions about it that are demonstrably false. For instance, they stated that I describe myself as an activist like those who destroy fields of GMOs. But the book says no such thing and instead explains how my activism has been carried out through solely peaceful and legal means.

They also claimed that the book merely expresses my personal opinion and that its points are not backed by scientific evidence, disregarding the fact that they are and that the first four pages contain strong endorsements from several experts attesting the soundness of the evidentiary foundation. For example, David Schubert, a professor at the Salk Institute for Biological Studies, praised it as “scientifically solid” and noted that its “masterful marshalling of facts” demonstrates that GMOs entail abnormal risk; John Ikerd, a professor emeritus of agricultural economics at the University of Missouri, asserted that the evidence is “comprehensive and irrefutable;” and Joseph Cummins, a professor emeritus of genetics at the University of Western Ontario, declared that the book “should be required reading in every university biology course.”

Further, to top off the insults, Transgénicos alleged that my book contains “many” (muchos) false statements — and that some are “lies” (mentiras). However, it did not document any specific examples of falsehood.

Therefore, on November 14, 2018, I formally challenged the Academy to either substantiate those allegations with examples of inaccurate assertions of fact or else to issue an apology and a retraction. The challenge was sent to the president, Jose Luis Morán, with copies to the members of the Biotechnology Committee. Dr. Morán emailed on the 20th to say that he had “appointed” Dr. Francisco Bolívar — the head of the Committee, the coordinator of the book, and a former president of the Academy — to prepare a response. The next day, Bolívar emailed stating that he and some colleagues would do so.

Because I still had not received a response by January 17th, more than a month beyond the deadline, I emailed Bolívar requesting that he and his team finish scrutinizing the book for inaccuracies and either send their report or issue an apology. His reply stated that they were still working on the response. When nothing had been received by July 8th, I sent an email to Morán and Bolívar noting that not a single inaccuracy had yet been demonstrated and demanding an apology and a retraction. But neither has yet replied.

Thus, it’s obvious that when Bolívar and his colleagues were finally compelled to read the book they had recklessly attacked, they could not find any inaccurate factual assertions — nor could they muster the integrity to admit their mistakes and set the record straight, because doing so would undermine their claim that GMOs are totally safe.

My challenge pointed out that the credibility of the Academy’s book was also on the line. It noted that Transgénicos and other publications that portray GMOs as harmless propagate a distinctly different set of facts than are delineated in mine — and that both versions of reality cannot be correct. It then asserted: “People have a right to know which one is valid and which is fictitious. This challenge can conclusively provide the answer.”

The challenge has now achieved that objective. By failing to demonstrate any factual inaccuracies in my book, the Academy has conclusively (albeit unintentionally) confirmed its evidentiary soundness, which clearly undercuts the claim that GMOs have been proven safe — and establishes that they entail abnormal risks that most people would regard as unacceptable. Indeed, the Academy’s confirmation of my book’s factual solidity entails that, like the risks, virtually all the standard claims made on behalf of GMOs are also unacceptable. As Frederick Kirschenmann, a distinguished fellow at Iowa State University, has noted, if the book’s “numerous revelations . . . become widely known, the arguments being used to defend genetically engineered foods will be untenable.”

The Academy’s failure has additionally demonstrated that its leaders are willing to sacrifice both its integrity and the truth in order to defend these products, and this misbehavior has had serious consequences. For instance, the Academy’s deceptions enabled Monsanto’s NK603 transgenic maize to permeate Mexico’s food supply even though rigorous testing had demonstrated its toxicity. Moreover, although I specifically challenged the Academy to try to refute my book’s assertions regarding the toxicity, and although it could not do so, its leaders have refused to acknowledge reality and are instead trying to keep the risks concealed.

Hopefully, the majority of the Academy’s members, who presumably are not in favor of promoting GMOs at the cost of the institution’s integrity, will wake up and demand that it reform its practices and restore its honor. I also hope that the full implications of the Academy’s failure to deal with my challenge will be widely recognized and will quickly induce overdue changes throughout the world.