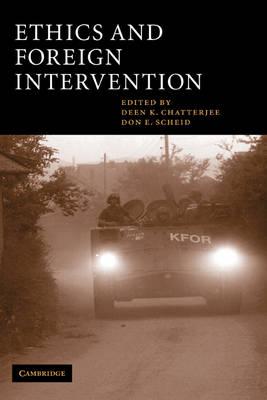 This book is a collection of original essays by some of the leading moral and political thinkers of our time on the ethical and legal implications of humanitarian military intervention. As the rules for the ‘new world order’ are worked out in the aftermath of the Cold War, this issue is likely to arise more and more frequently, and the moral implications of such interventions will become a major focus for international law, the United Nations, regional organizations such as NATO, and the foreign policies of nations. The essays collected here present a variety of normative perspectives on topics such as the just-war theory and its limits, secession and international law, and new approaches toward the moral legitimacy of intervention. They form a challenging and timely volume that will interest political philosophers, political theorists, readers in law and international relations, and anyone interested in moral dimensions of international affairs.