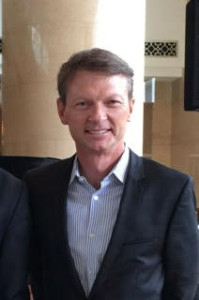 Douglas Anderson has been a businessman in the real estate industry for nearly 30 years. His business expertise includes masterplanning and development implementation for larger scale resorts, business parks and commercial developments across the USA and two provinces in Canada. His business endeavors include founding of the seventh larger private equity funds in America ROC Fund/BridgeIPG Fund. He serves as Chairman/Founder of a golf and winter sports ski holding company with operations in 4 major east coast markets and British Columbia Canada. He oversees operations of his various private real estate companies. He has  served as a member of the Board of Directors for several federally insured community banking institutions. He granted one of the largest conservation easements in the United States on 14,000 acre development to maintain open space and the preservation of flora and fauna. Mr. Anderson has served in various community foundations and Board of Directors throughout his professional career. He has traveled extensively worldwide for business and non profit work to contribute his expertise in the non profit area as well as land and building development  areas towards preserving and enhancing the environment. He earned a BS undergraduate  degree in Consumer Studies with emphasis in Architecture as an undergraduate at the University of Utah. Mr. Anderson subsequently earned his Masters in Business Administration.  He also attended a three year OPM Program a post graduate business education at Harvard Business School in Boston. Mr. Anderson is an avid skier and outdoor enthusiast.