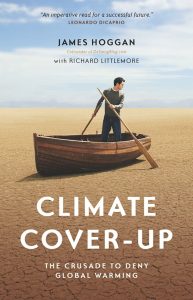 Talk of global warming is nearly inescapable these days — but there are some who believe the concept of climate change is an elaborate hoax. Despite the input of the world’s leading climate scientists, the urgings of politicians, and the outcry of many grassroots activists, many Americans continue to ignore the warning signs of severe climate shifts. How did this happen? Climate Cover-up seeks to answer this question, describing the pollsters and public faces who have crafted careful language to refute the findings of environmental scientists. Exploring the PR techniques, phony “think tanks,” and funding used to pervert scientific fact, this book serves as a wake-up call to those who still wish to deny the inconvenient truth.