A majority of people in rural tropical areas — about 800 million — live in or around vulnerable forests or woodlands, depending on them heavily for survival. Yet deforestation at five percent a decade is steadily depleting this resource base, contributing to 15 percent of annual global CO2 emissions and seriously threatening biodiversity.

“Global carbon finance can be a powerful incentive to stop deforestation,” says François Bourguignon, Chief Economist and Senior Vice President, Development Economics, the World Bank. “Compensation for avoiding deforestation could help developing countries to improve forest governance and boost rural incomes, while helping the world at large to mitigate climate change more vigorously.” In Latin America, dense tropical forest is often cleared to create pastures worth as little as $300 a hectare, while releasing large amounts of CO2 .  In Africa and Asia, some deforestation is equally unproductive. These forests may be worth five times more if left standing, providing carbon storage services, than if cleared and burned. If developing countries could tap this value, they could also stimulate more productive agriculture in degraded areas, while preserving the environmental services of forests.

But current carbon markets do not tap the potential benefits of forest carbon. The report reviews the obstacles impeding the use of global carbon finance to reduce deforestation, and offers workable solutions. 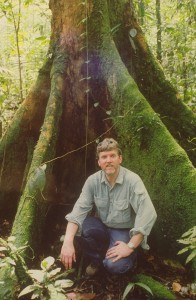 “Now is the time to reduce pressures on tropical forests through a comprehensive framework that integrates sustainable forest management into the global strategy for mitigating climate change and preserving biodiversity,” says Katherine Sierra, Vice President, Sustainable Development of The World Bank. Deforestation is driven largely by economic incentives to expand agriculture, with varying returns. In Madagascar, poor people clear forests for tiny, short-term gains. In Brazil, commercial farmers clear cerrado and forests for large profits. In both, the rate and profitability of deforestation are influenced by changes in agricultural prices

“It is said that people destroy forests because they are poor, and that deforestation causes poverty-but generalizations are a poor foundation for policy,” says the report’s lead author, Kenneth Chomitz. “We find that deforestation is caused by both rich and poor people-and it can either destroy or create assets for poor people.”

The report offers a simple framework for policy analysis by identifying three forest types-frontiers and disputed lands, lands beyond the agricultural frontier, and mosaiclands where forests and agriculture coexist. It collates geographic and economic information for each type that will help formulate poverty-reducing forest policy.  Moreover, it highlights distinct priorities for each forest type, where deforestation incentives, remoteness, forest rights, and environment interact differently: In frontier and disputed areas, sorting out and guaranteeing forest rights is critical to mitigate deforestation, reduce conflicts, and improve rural livelihoods.

In areas beyond the agricultural frontier, such as the Amazon and Congo basins, and the hearts of Borneo, New Guinea and Sulawesi, quick action to head off the social and environmental impacts of future agricultural expansion is the main challenge. For often overlooked mosaic-lands, where people and trees are most closely integrated, the report’s suggestions include payments for environmental services programs. For example, a GEF- sponsored project in Colombia, Costa Rica, and Nicaragua pays farmers to maintain their forests and shift cattle from degraded pastures to agroforestry systems, which offer carbon and biodiversity benefits.

According to the report, the causes of forest poverty include remoteness, which often impedes forest dwellers from marketing forest products. Millions of forest dwellers lack forest rights,without secure tenure or access to forest resources, or live in degraded areas. Inadequate skills, technologies, or institutions can also depress forest incomes. 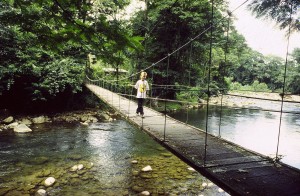 New technologies and institutions could help poor people to counterbalance powerful competing interests that tend to capture forest resources, and could help society harmonize environmental and regional development goals. For example, the proposed use of tradable forest protection obligations in Brazil could increase the biodiversity benefits of land use regulations while making it easier for landholders to comply.

Cameroon’s reforms include transparent allocation of forest concessions and royalties, and the employment of independent observers who use remote sensing to detect illegal logging.