a.    FUNDECOR has defined the project boundary and conducted an initial five-year baseline study based upon the six Life Zones according to the Holdrige Classification System. The Pax Natura Project baseline was calculated from the cover studies conducted in the country for the years 2000-2005 which made it possible to identify the gross and net rate of deforestation in the area. PES contracts were executed and monitored in the area and administered by FONAFIFO.

2. Estimating the Baseline GHG Removals
a.    Potential leakage from secondary effects are considered minimal primarily due to the national monitoring and verification methodologies implemented by the government agency FONAFIFO. For example, upstream and downstream effects such as deforestation in other areas not under PES protection are considered less likely given the national conservation area management plan under FONAFIFO’s supervision. Existing conservation areas within Costa Rica cover approximately 27 percent of the land-mass of the country and therefore require extensive national cross-over monitoring.3. Estimating and Quantifying Carbon Stocks
a.    A forest cover analysis was performed in the proposed area of study for the 2000-2005 period which made it possible to quantify the cover area as well as the deforested area and observe the changes which occurred in the period. Of the total hectares present with cover, areas such as national parks were excluded since they already exist under some category of protection. The study, “Estimate of the amount of carbon stored and captured (air mass) by the forests of Costa Rica,” made it possible to determine the biomass potential present in the life zones according to soil use. A weighted average was then obtained of biomass per hectare for the estimates of avoided deforestation.

4. Quantifying GHG Reductions
a.    In order to reduce uncertainty of GHG reductions by estimating the level of threat of deforestation in the Project Area, the model developed by FUNDECOR projects the gross deforestation under different PES scenarios in different types of forest according to public and private values. The methodology’s objective is to isolate the PES effect from other possible variables that could affect deforestation in a region or zone and use the PES, its level and spatial distribution as the country’s political variable for the environmental services in private forests. According to observations, the model explains 84 percent of quarterly gross deforestation variability in 19 regions of the Central Volcanic Mountain Range of Costa Rica and the estimated parameters are 98 percent expected and directly the result of the PES Program in the subject area. This is strong evidence that the PES Program represents one of the most effective avoided deforestation programs in the region if not in the world.
b.    The implementation of the Pax Project proposes the inclusion of 12,000 hectares within the PES Program in the first five years; during the remaining five years, these areas will remain the same until the Pax Project’s 10 years are completed. Without the PES Program in this area, 6,160 hectares would likely be deforested. With the Program, during the first five years, the deforestation in the Project Area will only be 1,813 hectares and then further reduced to 669 hectares in the next five years. This results in a net avoided deforestation of 3,680 hectares representing a total of 1,935,074 metric tons of CO2 not emitted into the atmosphere over the 10-year period covered by the Pax Natura Project. 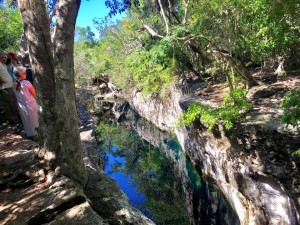 5. Monitoring/Verification of GHG Reductions and Total Carbon Stocks
a.    There are a number of monitoring provisions to insure transparency and consistency. FONAFIFO, FUNDECOR and INBio, as separate governmental and non-governmental agencies, will all participate in overlapping monitorings of the Project Area. Once FONAFIFO signs the contracts with individual landowners, it conducts an analysis of the farm so that the persons who submit their lands to the program are identified by those contracts within the Real Estate Record Office. Each year, before disbursement, the private farms are visited to verify that the planned activities are being carried out and that forest cover is being maintained.
b.    FUNDECOR, in addition to providing technical base-line studies in the Project Area, will be in charge of promoting the Pax Project to identify and incorporate land owners within the Pax Project boundaries into the PES Program.
c.    The National Institute of Biodiversity (INBio) will be responsible for monitoring the existing biodiversity in the Project Area. Four monitorings will take place during the project’s life span. The years defined for these monitorings include: one at the beginning which will establish the base line and the remaining three which will take place during years 4, 7 and 10. Three indicators will be monitored: diversity of plants related to wealth (number of species) and abundance (number of individuals per species); diversity of key bird species which will make it possible to detect changes in the bird’s biodiversity through composition (wealth of species) and structure (relative abundance of species) of the ‘comunidad diruna’ of birds in time for each evaluated farm; and diversity of dung beetles, whose groups of organisms and diversity of measurements reflect diversity measurements of other groups in a habitat or determined ecosystem. INBio developed the biodiversity monitoring protocol for FONAFIFO specifically for this project. 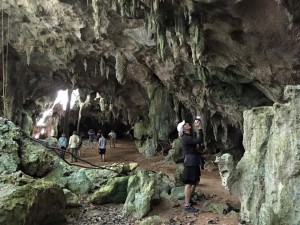 6. Permanency of GHG Emissions Reduction
a.    Tropical rainforests seldom burn or disappear unless caused by human activity. The Pax Project risks are thus minimized by a number of important factors. The Project Area is surrounded by three national p arks: Braulio Carrillo to the East and Turrialba and Irazu Volcano to the South. In addition, part of the buffer zone around these National Parks is found in the Project Area where it is important to develop actions which tend to guarantee forest cover as protection for the parks. This will be accomplished through FONAFIFO’s management expertise over the 10-year period. FONAFIFO’s implementation of the PES Program 10 years ago has encouraged partial preservation of forest resources within the Pax Project boundaries. By 2005, over the past 25 years, the country’s forest cover has increased 50 percent in great part due to the PES Program. FONAFIFO has a monitoring and internal evaluation system which has guaranteed the protection of resources successfully for more than a decade.7. Additional Beneficiaries
a.    The main environmental benefit of the PAX Project is its stability and guarantee of forest cover on 12,000 hectares of land which are currently in private hands but exposed to deforestation for a variety of economic reasons. These newly protected forests will provide fresh material for neighboring areas stripped of vegetation, promote the reduction of illegal deforestation in the area with resulting damage to the remaining natural forest. From a biological point of view, the Pax Project will maintain the integrity of habitats, ecosystems and biological functions of the landscape outside of the absolutely protected areas (national forests and preserves) and contribute to the sustainable flow of goods and services for society.