A Challenge to the Academia Mexicana de Ciencias (AMC): 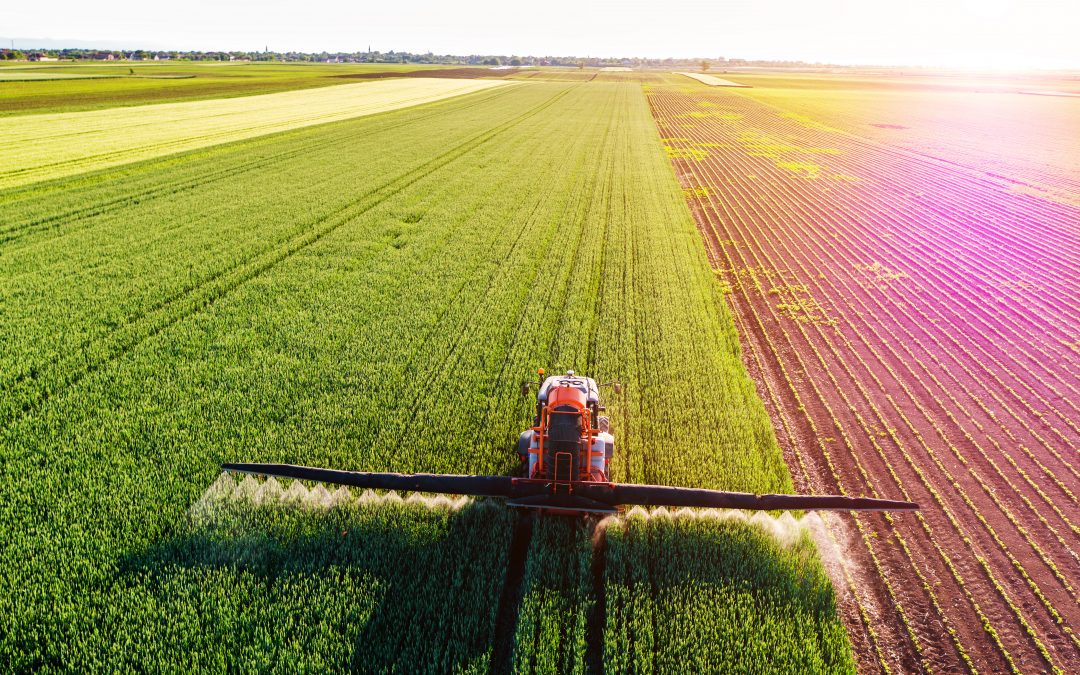 14 November 2018
A Challenge to the Academia Mexicana de Ciencias (AMC):
Either Substantiate Your Defamatory Allegations About My Book or
Acknowledge that It Does Not Make False Statements about

Further, not only does Transgénicos contain false assertions about my book, it contains false— and defamatory — allegations about me. For instance, it alleges that, in the book, I describe myself as an activist like those who burn fields of GE crops. This is a blatant falsehood. I have never engaged in such activities, and my book makes it clear that my activism has been carried out through peaceful and legal means: pursuing reform of US governmental policy through a lawsuit, meeting with scientists and government officials, giving lectures, and writing.

Even worse, not only does Transgénicos assert that my book contains “many” (muchos) false statements, it alleges that some of them are “lies” (mentiras) — which irresponsibly impugns my integrity and accuses me of deceit. Moreover, in contrast to my book, Transgénicos does not uphold basic scientific or journalist standards in regard to such allegations. When my book alleges an individual or institution has misrepresented the facts, it backs up the allegation with concrete examples that clearly demonstrate the inaccuracies. And it does not label false statements as lies unless the evidence strongly indicates that they were issued with knowledge of their falsity and an intent to deceive. But Transgénicos fails to back up its accusations against me and my book and does not demonstrate that I have misrepresented any fact — even unintentionally. Instead, it makes broad unsubstantiated allegations that are supposed to be accepted based solely on the authors’ (and your organization’s) professed authority. Such arrogance is a symptom of dogmatism and is incompatible with a scientific attitude.

Therefore, I issue the following challenge to the AMC:

Try to back up your defamatory accusations about my book with solid examples, and if you cannot do so (as I am confident will be the case), I demand that you (a) officially acknowledge the falsity of your accusations, (b) retract them from the current online version of Transgénicos and from all future versions of the book, and (c) issue a formal apology.

The details of this challenge are on pages 5 and 6, but it’s first essential to provide further examples of how Transgénicos has spoken falsely about my book.

The Bogus Accusation that My Book Lacks Evidentiary Support

In one of its biggest falsehoods, Transgénicos asserts that my book merely expresses my personal opinion and that the points I make are not backed by any important academic institution or by any verifiable scientific evidence. However, as anyone who has read the book with an open mind can easily see: (a) in addition to my opinion, it presents the well-reasoned opinions of numerous well-credentialed scientists, and (b) several of its key points are aligned with the positions of respected scientific institutions such as the Royal Society of Canada and the Public Health Association of Australia. It’s equally obvious that the book’s essential statements are thoroughly backed by solid evidence, a reality attested by many experts who have carefully read it and strongly endorsed it.

Because the disparaging allegations in Transgénicos are so discordant with these endorsements, it’s difficult to believe that any of the authors actually read the book before attacking it. Further, not only do the endorsements in themselves refute several of the allegations, the others collapse when subjected to scrutiny.

Deceptive Statements About the Research on GE Foods

For example, several statements in Transgénicos about the research on GE foods are not merely defective, but deceptive. It declares that none of the studies that reported harm to laboratory animals or to the environment have been conducted according to proper scientific standards whereas all the studies reporting an absence of harm were properly conducted. But as my book explains, a number of experts (including an expert panel of the Royal Society of Canada) have demonstrated that many of the studies purporting to show safety have been scientifically deficient.

Transgénicos also fails to acknowledge some of the most important studies that detected harm — studies that merited publication in peer-reviewed journals (as discussed in Chapter 10 of my book). For instance, it completely ignores a study conducted at the prestigious Rowett Institute under the leadership of Arpad Pusztai that recorded significant health problems in the rats that consumed transgenic potatoes, a study that was so solid it passed an exceptionally rigorous review process and gained publication in the eminent journal The Lancet. That study has implications for all GE crops because the researchers concluded that the harm was not caused by specific attributes of the foreign gene but by a general feature of the genetic engineering process.

Moreover, even though Transgénicos does mention one of the other highly important studies, which was conducted on a widely planted variety of Monsanto’s Roundup-resistant maize (NK 603), its statements are misleading. That study was performed by a team of researchers at the University of Caen, led by Giles-Eric Séralini, and was published in a peer reviewed journal in 2012. It demonstrated that although the maize had been approved by regulators based on a medium-term, 90-day toxicological feeding study, significant toxic damage to the rats’ livers and kidneys occurred when testing was extended over the long term (two years).

Those results cast doubt on all GE foods, because no regulators require tests greater than 90 days, and several of the foods have entered the market without any toxicological testing at all. Consequently, biotech proponents attacked it vigorously, ultimately inducing the journal to retract it. According to the authors of your publication, the study was “discredited”, and they criticize me for treating it as valid. But as my book explains, the attacks and the retraction were unjustified, and the study has never been legitimately discredited. The basic facts are as follows:

(3) The troubling toxicological results were reliable.

(4) It is proper procedure to report tumors that are detected during a toxicological study.

In addition to describing the preceding facts, my book explains how the critics of the research have routinely pretended that it was an invalid carcinogenicity study and hidden the fact that it was a solid toxicological study that obtained valid, and troubling, results.

Accordingly, in order to legitimately refute my discussion of Séralini’s study, you cannot merely claim that it was discredited but must refute the assertions I’ve made that demonstrate the strength of the study and the weaknesses of the attacks against it — and you must do so according to the standards specified in the following section.

I challenge you to do this. I also challenge you to justify the manner in which Transgénicos has dealt with the Séralini study — especially its failure to inform the readers that the study was a sound toxicological study that produced solid evidence of toxicity. What is your justification for this major omission, an omission that is clearly deceptive and has misled government officials as well as the general public?

Additional Details of the Challenge

For the AMC to adequately back up its disparaging allegations about my book, its representatives must send me a list of any inaccurate statements of fact that they can detect in it, accompanied by an explanation of why the statement is erroneous and a reference to the evidence that conclusively corroborates their claim.

To clarify, I am referring to simple assertions about concrete facts that can be decisively falsified by incontestable evidence, such as the statement made by the board of directors of the American Association for the Advancement of Science in 2012 that “every respected organization that has examined the evidence” has concluded that genetically engineered (GE) foods are no riskier than naturally produced ones. Chapter 9 of my book decisively demonstrates the falsity of this statement by providing evidence that respected organizations such as the Royal Society of Canada, the British Medical Association, and the Public Health Association of Australia have examined the evidence but have not reached such a conclusion — and instead have issued cautions.

I am not referring to the broader conclusions the book draws from the primary facts, such as the conclusions (a) that the GE food venture has been crucially reliant on deception and (b) that its products are unacceptably risky and should be banned. Although the AMC may disagree with these conclusions, I am confident that the vast majority of fair-minded individuals who become aware of the basic facts will agree with them.

It’s important to emphasize that none of the factual assertions in my book can be invalidated merely by citing a contrary opinion by a particular scientist or group of scientists (unless the statement in question has misrepresented the opinion of that individual or group and the citation is offered to restore accuracy). Instead, incontestable evidence must be presented. Similarly, because the book has systematically refuted the basic claims made by the proponents of genetically engineered foods, it cannot be refuted merely by repeating those claims — and attempts to do so will demonstrate the AMC is incapable of refuting the book’s key assertions.

Because Transgénicos’ allegations about my book pertained to the English version, your response should cite examples and page numbers from that version. If you can point out any genuine errors, I will readily acknowledge them and correct them in the next printing of the book.

Moreover, because you have asserted that my book contains lies, I also demand that you provide strong evidence of at least two instances in which it’s clearly evident that I not only made false assertions of fact, but did so with knowledge of their falsity.

I am confident that when the facts are clarified, it will be obvious that the only lies contained in my book are the ones it exposes.

Deadlines for Meeting the Challenge

I demand (a) that before November 28th, representatives of the AMC provide me with a demonstration (according to the terms stipulated above) of at least three instances in which my book has made false assertions about significant facts, (b) that as part of this process, they respond to my

challenges on page 4 regarding the Séralini study, and (c) that before December 15th, they provide demonstration of any other examples of false factual assertions they can find. Further, at least two of the examples should demonstrate why it’s reasonable to conclude that the assertions are not merely unintentional errors but lies. If the authors of Transgénicos have read the book, as they purport to have done, and if it actually contains as many falsehoods as they claim, these deadlines are clearly reasonable.

If the AMC is unable to meet this challenge, it will indicate that Altered Genes, Twisted Truth is as sound as the experts who reviewed it have affirmed — and the public will have good reason to conclude that GE foods are unacceptably risky and must be banned.

Transgénicos and other publications that argue for the safety of GE foods propagate a distinctly different set of facts than are delineated in Altered Genes, Twisted Truth. Both versions of reality cannot be correct, and people have a right to know which one is valid and which is fictitious. This challenge can conclusively provide the answer.

I hope that it will also stimulate needed reforms — and will induce the AMC to stop behaving as a partisan propagandist for genetically modified foods and instead to function in a responsible scientific manner, accurately communicating the facts about these foods and openly acknowledging their risks.